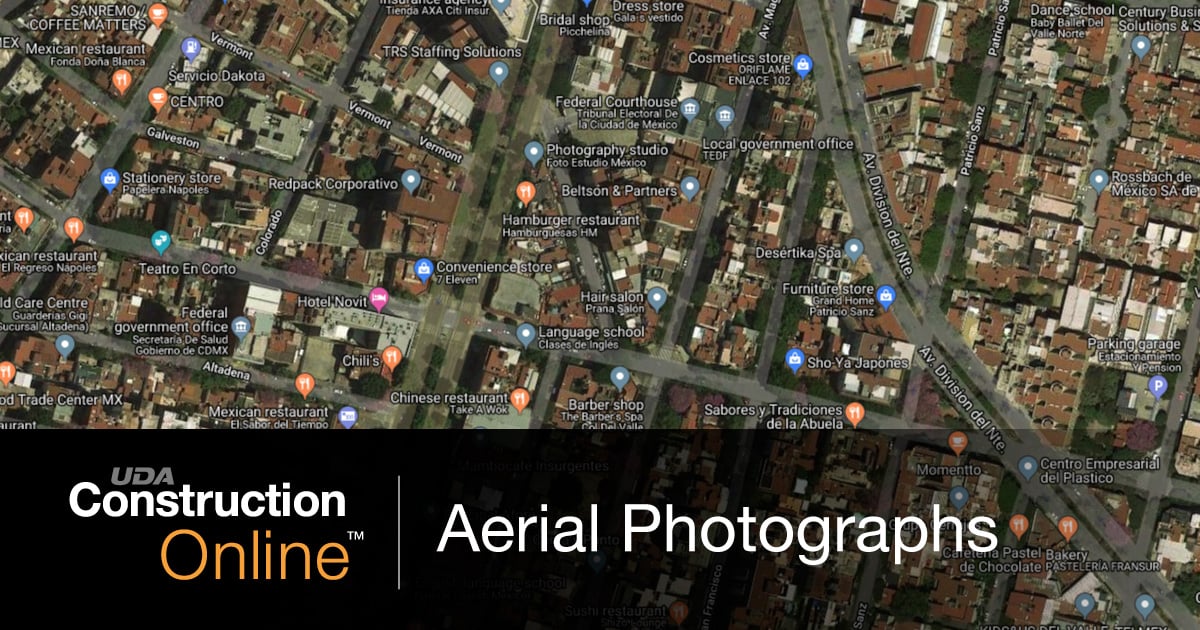 In partnership with Google Maps, ConstructionOnline introduces the ability for users to capture aerial photographs which can be saved to Project Files & Photos or used to create New Redline Drawings. The photographs are captured and processed at the highest possible resolution, delivering crystal clear aerial images.

Aerial photography is an important element in project documentation, and with ConstructionOnline’s Google Maps Capture & Import feature, users are able to harness the combined technology of ConstructionOnline & Google to get the bird’s-eye view.

UDA Technologies was founded on a desire to revolutionize the construction world by bringing millions of users together with a single purpose: to create a construction project management platform that empowers professionals to build a better world by harnessing technology to lower the cost of construction. In order to achieve this purpose, we operate on a handful of core beliefs. We believe in an open network which opens channels of communication and removes barriers. We believe that software is empowering. We believe in leveling the playing field. We believe in dreaming big. Our goal is your success and we believe our products will help grow construction firms around the world.